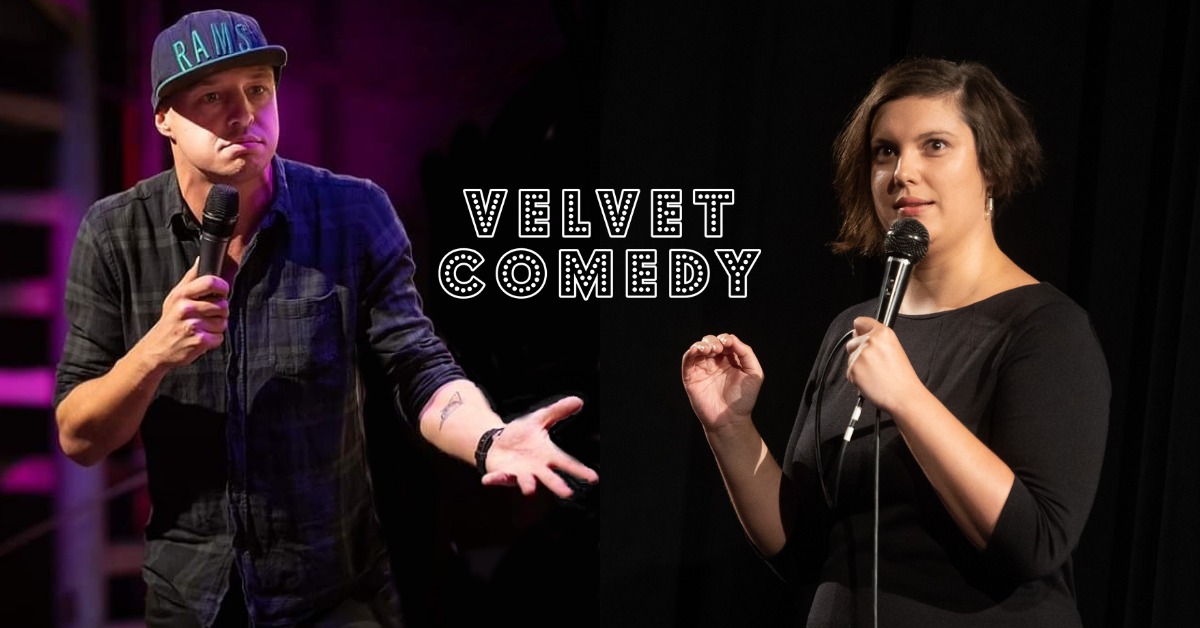 What does a Czech woman and a Scotsman have in common? A love of alcohol, bad taste in food, and big LAUGHS! Plus what’s better for two of the cheapest nationalities on earth than getting two comics for the price of one! Comedians Kristyna Haklova and Grant Gallacher are bringing their sell out show “Behind the Iron Kilt” to (city) and you won’t want to miss it! With witty banter, twisted jokes and unbelievable stories, these two are guaranteed to have you in stitches.
Tickets TBA
Grant Gallacher is a Scottish Comedian of the Year finalist whose sharp, witty jokes and hilarious storytelling have taken him all over the UK, Europe and the USA, touring sold out venues, doing two solo shows at the world famous Edinburgh Fringe Festival and Glasgow Comedy Festival, as well as supporting established acts such as Vir Das, Hugleikur Dagsson, Alun Cochrane and many more. He can be regularly heard on BBC Radio or hosting his satirical Making Europe Grant’s Again podcast, dissecting the weeks news with a legion of international comedy guests. Described as “one of Scotland’s best up and coming comedians” (The Skinny) he is definitely one not to miss.
“A bright future in stand up” – The Scotsman
“Grant has all the energy of his scottish roots boiling out of his skin” Comedy Kiss
Kristýna is comes from the small town of Beroun in Central Bohemia. From there she went to Masaryk University in Brno where she fought for several years to get her useless degree in Film Studies, only to end up as a telemarketer. Sound familiar? As you’re correctly assuming right now, yes, she wanted to have a gap year to travel around Australia! But Australia decided it didn’t need her there. Did she give up? NO! She ended up in Auckland, New Zealand, overstayed her visa for two years, at the end of which she nearly died of boredom. She is currently working as an art house film distributor and stand-up comedy promoter/performer.
She is back in Europe, performing mainly in Berlin and Prague, never mentioning the above stories, only complaining about single life, her drinking habits and the generally low quality of porn.
comedy, English comedy, stand up comedy
English Comedy Show – “Behind The Iron Kilt”2022-01-262022-01-26https://www.ccsmaragd.at/wp-content/uploads/2016/12/ccsmaragd-linz-logo-schwarz.pngCulturCafé Smaragd in der Altstadt Linzhttps://www.ccsmaragd.at/wp-content/uploads/2016/12/ccsmaragd-linz-logo-schwarz.png200px200px
Anmeldung zum Newsletter
RSS Feeds
RSS abonnieren
Neueste Beiträge
Archive