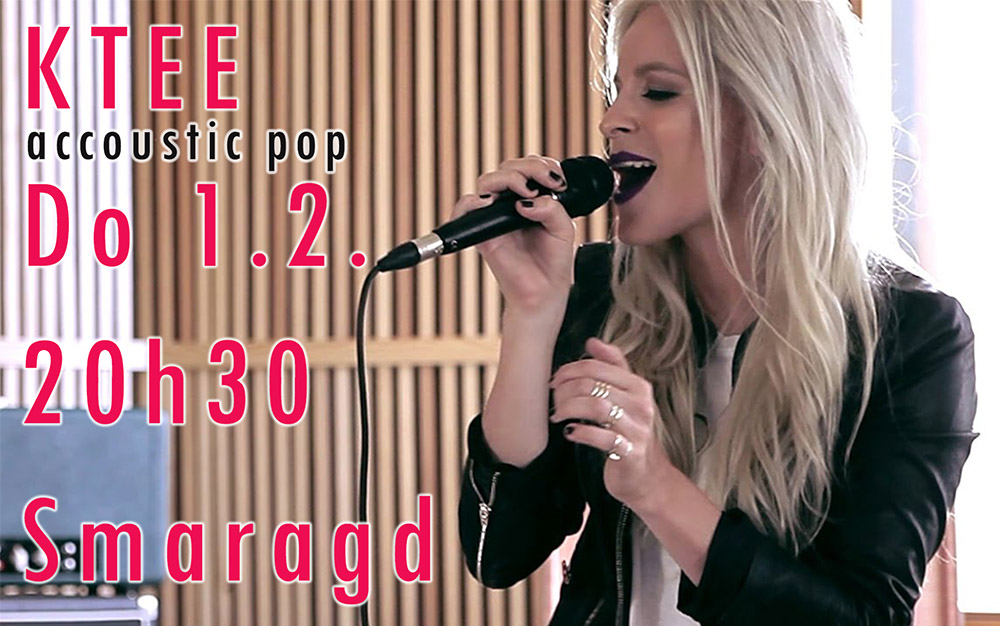 KTEE has been singing since the moment she spoke her first word and hasn’t stopped since. Countless hours were spent in the late 90’s singing in her tiny room in Maria Neustift (Austria), her home town. This is where she trained her voice on her own, relying only on her mother’s bulky red tape recorder. One pop song after another was recorded, listened to, analyzed and re-sung until she was fully satisfied with the sound. In fact, 102 recordings were collected on her treasured cassettes to the point of breaking – literally.

Heavily influenced by her parents’ desire to see her with a degree that offered “proper career prospects” KTEE studied at the University of Vienna where she continued working on her singing skills – this time without her tape recorder and not at all alone. She not only had voice coaches to help with voice training, but also roommates and neighbors to annoy with her “gugugus” and “nenenenes” in other words singing exercises. Once, her “understanding” neighbors even threatened to call the police for noise disturbance! – but she couldn’t and wouldn’t be stopped.
It wasn’t the university atmosphere, but her everlasting, internal yearning to sing that led her to move to Vienna. .
Shortly thereafter, she successfully qualified in a singing competition (The Voice), which can be viewed kind of the beginning of her career, since she got to know her present producer there.
​

After living abroad (Ireland), where she discovered her passtion for songwriting, the urge to really make it big in the music industry was stronger than ever before and the search for her musical identity started anew. “It took some time until I found my place in the world of music, but I never stopped following my dream and now I am more than happy to share who I am with the rest of the world.”

But who is KTEE and why should you listen to her music? KTEE is a self-confident, independent, perfectionist, energetic, rocking girl who can laugh about herself and who knows her own mind. She isn’t really a “bad girl” but she definitely is not a “goody-goody” or the so-called “sweet girl next door”. She wants her audience to have fun and “rock their lives” along with her. Her motto: “Dare to do what you love, remain true to yourself, make something of yourself and don’t take life too seriously”. All of this is reflected in her songs, presenting the audience with her outstanding message behind a powerful voice.