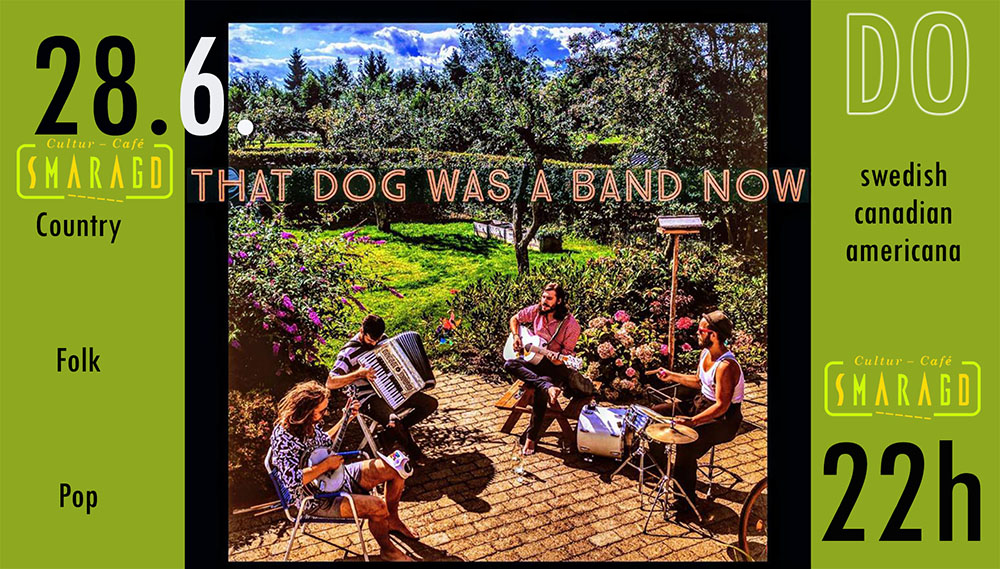 That Dog Was A Band Now:

“That Dog Was A Band Now” have been playing with each other since 2013, despite the fact that they are sometimes separated by thousands of miles of distance. Their unique sound– which is defined by an active accordion, bad-ass banjo, and honest vocals– has helped them gain a loyal international fanbase. “That Dog Was A Band Now” has played 4-hour sets in rough & rural American bars, rocked outdoor weddings for big fans in beautiful California Redwood Forests, been given hour-long featured sets on several public radio stations and mainstage slots at major cultural festivals, and popped up as buskers on all sorts of city streets around Canada, Europe, and the USA.

After a brief hiatus, the band spent the Spring of 2016 reunited in California. That June, they hit the road with their debut (self-titled) EP in hand; recorded in Eureka, California with Timmy Gray of Myrtletown Records. They proceeded to tour the USA and Canada from coast to coast, and then back to the first coast, until late September.

Their 2017 tours were sweet, playing in Sweden, Denmark, Amsterdam, Western Canada, and Germany, and recording their first full-length album, which will be released by Santa Rosa Records.